S P C E.com Channel 6:21:00 PM 0 Comments
assalamualaikum wr wb, back in this occasion I share information through a simple web blog I have about Nvidia 980 ti vga re-released the latest in 2015. and NVIDIA graphics card manufacturer is reportedly preparing a variant of the latest VGA. Allegedly will be the competitor AMD's latest graphics card that will be announced later, the latest product from NVIDIA is still part of the family Maxwell architecture. GeForce GTX 980 Ti said to be developed by the same technology as the GTX TITAN X. 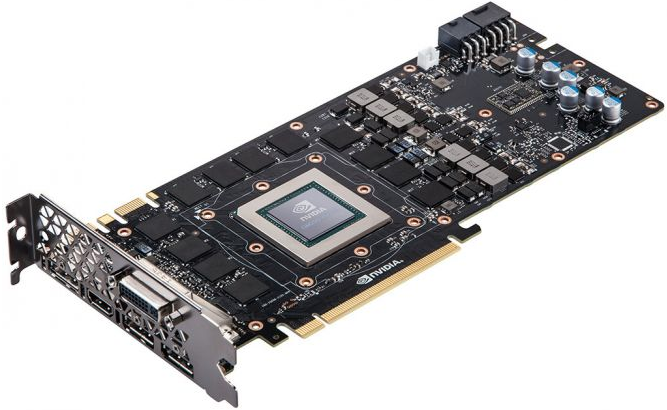 Based on our observation of SweClockers, the GeForce GTX 980 Ti will be pinned on the processor chip fabrication of 28 nm which they named the GM200. These chips are already embedded in sophisticated graphics card NVIDIA today, GeForce TITAN X. It is still a rumor, so far pinned specification also vague.

VGA is said to have 3,072 CUDA cores and 6 GB of memory. GeForce GTX TITAN X itself has twice as much memory, 12 GB. Memory bandwidth is being installed on a 384-bit, considering the computing technology is already very high for today's graphics cards. NVIDIA also provides an opportunity for hardware vendors to modify the cooling system of this product.

Name GeForce GTX 980 Ti was actually still confusing. Many say that the graphics card was later named GTX 990. However, in the light of previous GTX GeFroce variants, the creators tend to pin the name of Ti at the highest VGA clump in one class, such as the GTX 780 Ti.

Using Maxwell architecture means that it will provide the graphics card features a powerful, efficient power and performance.

I took this information from a variety of sources, until here before I can share with you about the info vga nvidia 980 ti re-released the latest 2015 latest. may be useful for all of you loyal readers www.saifulcomelektronik.com wherever you are. forward to the next article more interesting on the web blog just this simple.