S P C E.com : Peace be upon you, and Allah mercy and blessings, Hello loyal readers SPC E.com creation, this time I will share a little bit for you wherever you are in the Archipelago of Indonesia and across the world, who would I sharing is quite simple, I called his name Lamp CRAZY  LED, ala SPC E.com. Hearing the name, you certainly curious as to whether the face of the CRAZY  LED lights? 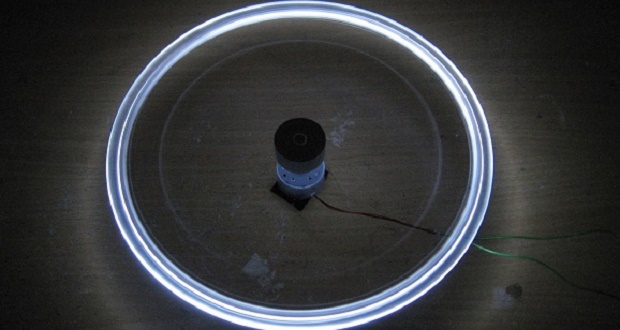 Experiment Making LED Lighting CRAZY  simple, first I try - try its own, and after so then it becomes like the image above. Well, loyal readers S P C E.com, In making LED Lighting CRAZY Experiment simple, ala S P C E.com component we need is also quite simple, just use that is only used components from mechanical Dynamo DVD player. then in the raft into one then it becomes like the above picture CRAZY LED lights.

By the way, I flavor (S P C E.com) what if developed Experiment how to make LED lights CRAZY , ala S P C E.com can to be made as a home decoration lights (Decorative Lights) on our own, with a little added help materials - other materials. Look forward to in the article S P C next E.com, Make CRAZY  LED Decorative Lighting Ala S P C E.com

Now Who are the materials and components made of LED lights CRAZY , ala S P C E.com, why I call crazy LED lights? because the way it works its LED-lit whirling, like toys crazy existing WHEELS toy Park. 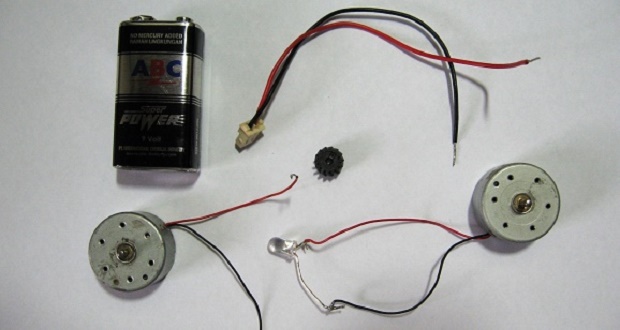 1.       First connect the dynamo shaft which rotates at Plastic Gear Furthermore, on the second rotor shaft dynamo (First and Second) should be interconnected to one axis, so that the second shaft dynamo rotates simultaneously.

2.       Give double tip to one of the dynamo that can stand dynamo
And, if the second dynamo, has been in the position under flow stress electricity, the rotor shaft will rotate and will also provide a round on the dynamo shaft above. So the LED at the position on the dynamo of life on a rotating basis, due to the dynamo coils inside the top spins to produce

3.       Solder dynamo led to the top
In Experiment CRAZY  LED lights, there are two dynamo, the dynamo two different how it works. Dynamo whose position at the top (let's call it dynamo first) by LED at both ends of the red and black, so that later the LED will light on a rotating basis.

4.       Give tension dynamo electricity at the bottom
Dynamo position under (let's call it dynamo second) given tension at both ends of the black and red wires for 9 volts DC. dynamo shaft to rotate the top so that the LED lights light up and spin like RODA CRAZY


Good friends Creative friends http://www.saifulcomelektronik.com/ faithful readers of this only can I share / Share on this occasion, Making LED Lighting CRAZY  Experiment simple, ala S P C E.com for you all are supposed to helpful. also look forward to the next creation tricks and tips that will be posted on the web that this simple more interesting.