Tradition It is only in Indonesia, tradition Ma'nene Changing Clothes corpse in Toraja

S P C E.com Channel 6:11:00 AM 0 Comments
S P C E.com : Indonesia does have a million attraction for local and foreign tourists. One is a tradition to dress up the bodies that have been buried a long time to be cleaned and changed his clothes.

The inhabitants of Toraja have great respect for the bodies of their relatives who had died. At least every year they would do this to the bodies of his ancestors. 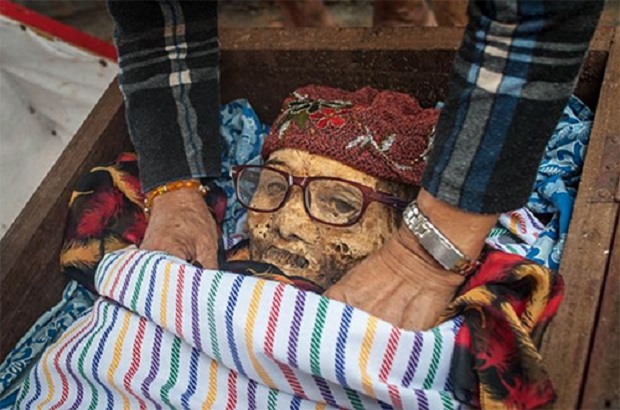 The beginning of the story there is a hunter named Pong Rumasek. When he was hunting in the woods he found the body of someone who has become bones. Being compassionate, he then wraps the body of the clothes he was wearing. After putting in a safe place and then he went on the hunt. Not unexpectedly since then he gets a lot of hunting and harvest the results even more quickly and more. So from that moment appeared Ma'nene tradition to venerate the remains of their ancestors. 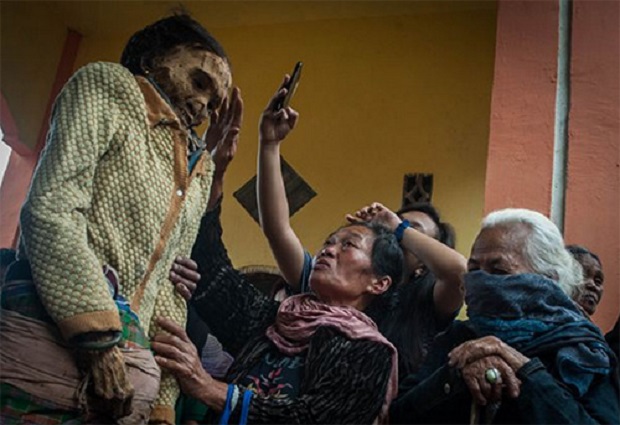 In these rituals, the body of the dead are removed again from the place. Later, the bodies are repacked with new fabric sheets by each of his children and grandchildren. The bodies of their ancestors are usually stored in caves and left alone without preservatives. When will be replaced clothes, special rituals will be performed so that the bodies could walk home alone. 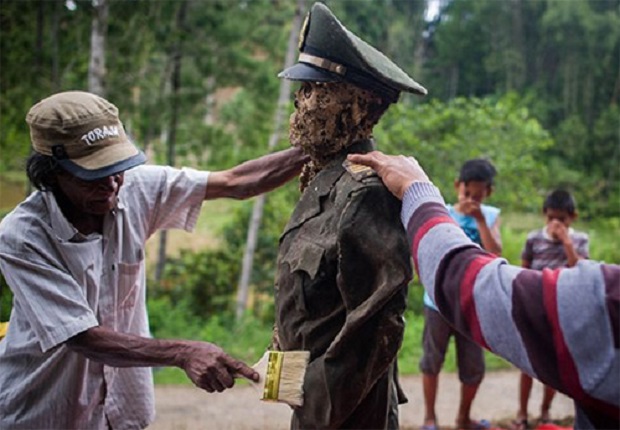 Furthermore, the family work together to clean up the bodies of their fathers. There were combing the hair, facial cleaning, and replacing clothes. Once this is done, then the corpse would walk back into the cave and back to the starting position. Well, yes also unique and creepy this ceremony. What do you think?
Tags
Seni Budaya Unik
Related Article