S P C E.com Channel 12:57:00 PM 0 Comments
S P C E.com: Good morning friends loyal readers this morning! Back at the opportunity this time spce.com will be a little moret - moret in this simple blog that is about how to make Simple LED CUBE circuit Without microcontroller. 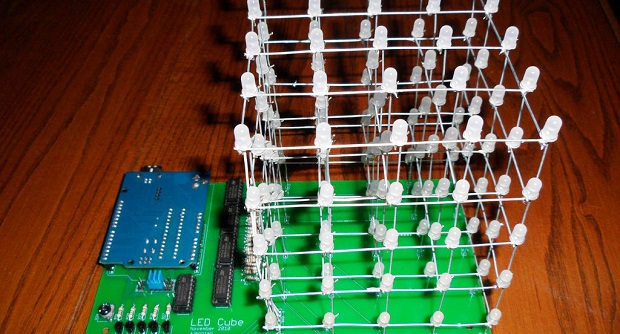 We know LEDs are one of the most frequently applied electronic components in an electronic circuit. Almost all current electronics circuits use LED components (Light emitting diode), as an indicator for such electronics.

There are many LED-based circuits ranging from digital clock circuits, stopwatch circuits, seven segments, and many others.

Well, LED cube circuit is widely used as decorative lights in homes. Besides LED cube is also very nice and beautiful if used as accessories and ornaments on the table. We need to know LED cube can be composed of several LEDs, there are 9 LEDs even up to 24 LEDs can also be more than that depending on the needs.

The term LED cube circuit there is a variety of 3x3x3, 4x4x4, 5x5x5, up to 8x8x8. Differences types of LED cube there are some depending on the number or number of LED components used. But in general, LED cube made using microcontroller and ardunio.

In this opportunity I will tell you that simple circuit CUBE LED with low cost without using microcontroller and ardunio, If you want to make this LED cube with type 3x3x3, 4x4x4, 5x5x5, or 8x8x8. There is one set of LED cube you can try. The only used IC 4020 and IC 555 that the price is very affordable. Here's the schematics. 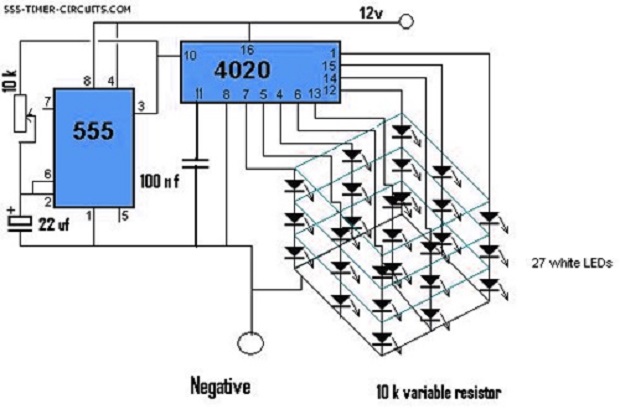 Well, how loyal readers of S P C E.com, very easy is not it? You can also modify this circuit with the number of LEDs you use, either from 3x3x3, 4x4x4, 5x5x5 or 8x8x8. The more LEDs you use, the greater the power consumption required. Therefore, do not forget to do the calculation before making LED CUBE.

Well, the potentiometer that is in the circuit scheme serves to regulate the speed of changing LED flame pattern. So you can adjust according to your individual taste.

Okay friends loyal readers S P C E.com as I used to share in this opportunity hope this article Simple LED CUBE Without Microcontroller series can provide benefits for you and make the readers everything wherever located.
Tags
Elektronik News Inggris Tips And Trik
Related Article