How to make a simple battery charger 3 volts, without using a transformer

S P C E.com Channel 5:28:00 AM 0 Comments
S P C E.com: Peace be upon you, and Allah mercy and blessings! saifulcomelektronik.com loyal readers previously been my post various ways how to make a battery charger, but still using a transformer as AC to DC power converters, of which still use the charger transformer is not so attractive. 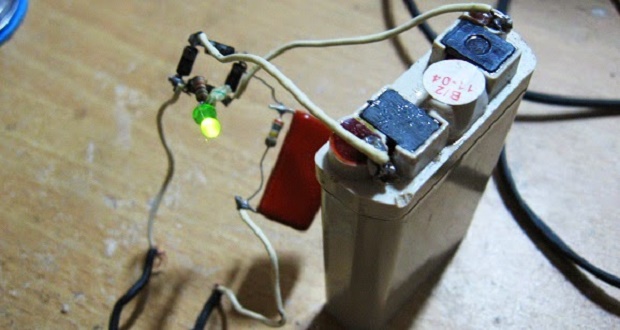 Look at the picture above, the image components already my raft. Well, the component is needed in the manufacture of charger without using a transformer is pretty straightforward and simple, there are only 8 pieces of components, as well as details on the image.

Eight of these components, what if arranged (the raft), then it will be a simple charger without having to use a transformer. that we can use as the need for charging 1.5 Volt AA battery. As well as other batteries.

Like batteries motorcycle battery, but it certainly is a component of the charger AKI will be different, because the power of the battery is 12 volt battery. But I will discuss in the next post I make chargers 12 volt without transformer as well.

Components and tools needed to make the 3-volt charger

Well, the components needed to make this charger is very simple and simple, as I described above, only use 8 pieces of components, any kind ? No below.
These eight components will be 3 parts, so that it becomes a tool, namely an electronic device charger. 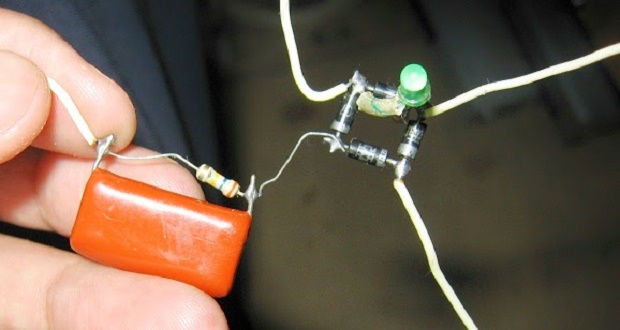 To process assembly makes this charger is quite simple and easy, you just follow scheme below.

But the shortcomings of this charger is that we must be careful - careful at the time of going to recharge with this tool, because the tool is connected directly to PLN 220 volts, although its voltage already sent down to 5 volts, but still can electric current.

Not the same as the charger that uses a transformer, which can be in hold by hand output of charger itself. 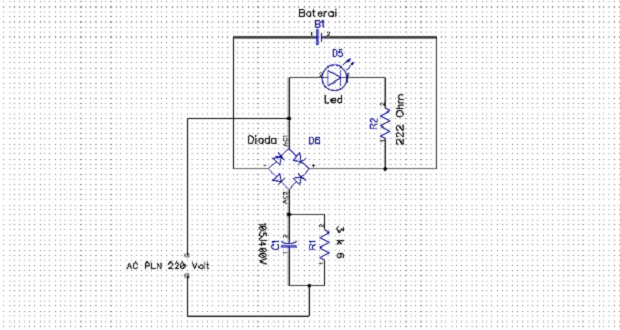 What when finished assembling it, then these tools can already be used as a 3-volt battery chargers in your home or even AA 1.5 volt batteries, as shown below already finished my raft and I tried charging the battery 3 volts. but this charger, what if measured its output using AVO will show the number 300.1 milli volt ampere. same means 3 volts.

Easy is not how to make a simple battery charger 3 volts, without using this transformer? up here before I can sharing to you all, hopefully what is in this article is useful for you and also beneficial for people false. also look forward to the next tips and tricks just in www.saifulcomelektronik.com
Tags
Elektronik Energi listrik News Inggris
Related Article